How To Approach Women 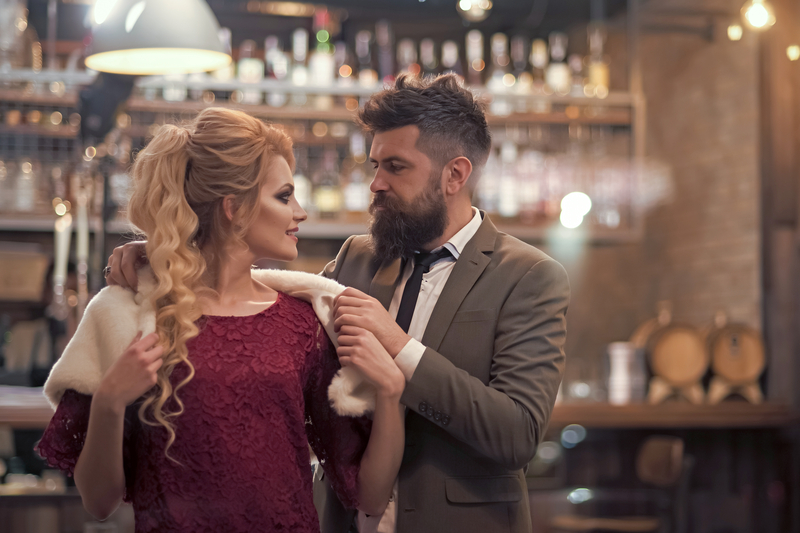 Contents hide
Limiting Beliefs
(1)People Are Judging You And Looking At You.
(2)If You Talk To Her She Might Reject You Or Say Something Mean.
(3)Women Have No Attraction For Nice Guys…..They Like Assholes.
(4)I Can't Meet Beautiful Women Because I'm Not Rich Enough, Famous Enough Or Good Looking Enough.
(5)There Is The One Girl That I Have To Have.
(6)There Are Some Men That Are Born With The Ability To Attract Women And Then Other Guys Who Dont Know How And Never Will.
(7)Just “Be Yourself” And Eventually You will Meet The Right Women.
(8)If You Want To Know What Women Want Just Ask Them.
(9) If I Approach A Women in Public She will Know I'm hitting On Her And Think Its Weird.
(10)Women Dont Like Sex As Much As Men Do. They Are Mostly Interested in A Relationship.
Conclusion

We all have excuses as to why our dating or relationship life is bad.

The reality is that the single biggest challenge for most men is interacting with women.In other words, how to approach women.

That means walking up to a stranger in a coffee shop, mall or park, and starting a conversation.

This is not rocket science.

It's a simple cause and effect scenario.

For you, to meet women you will need to talk to new women.

But within this seemingly simple idea is the problem.

Most men are terrified of starting a conversation with a woman they do not know.

This irrational fear of starting conversations with strangers has some evolutionary roots.

For example in ancient times being rejected by a female meant being pushed out of a tribe or being attacked by other males.

In the modern world these fears are mostly unjustified.

There is very little physical danger when you approach a woman.

And you won't be pushed out of a tribe for approaching a woman.

Modern approach anxiety is usually the result of bad mental programming in the form of limiting beliefs.

The Encarta dictionary defines beliefs as ” The acceptance by the mind that something is true or real, often underpinned by an emotional or spiritual sense of certainty.”

So what is a limiting belief?

“A limiting belief is something you believe to be true about yourself, about others, or about the world that limits you in some way.”

So when it comes to dating limiting beliefs is probably the biggest challenge men have.

So I made a list of limiting beliefs that hold most men back from having success with dating and relationships. 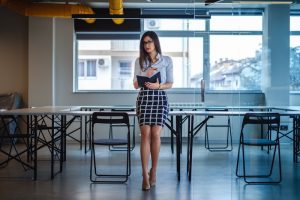 (1)People Are Judging You And Looking At You.

Well some people might be judging you, but most won't even notice you when you talk to that girl in the bar.

In fact most men would admire you for having the balls to walk up to a beautiful woman in a bar and starting a conversation.

So yes there is some truth in people judging you, but it not nearly as many as you think.

The ones that do judge you are mostly men who are jealous because they can't do what you do.

Other women judging you will wish she could meet a guy like you who has the courage to walk up to a stranger in a bar and talk to her.

You are already displaying your bold and courageous nature by walking through your fear and doing what scares you. 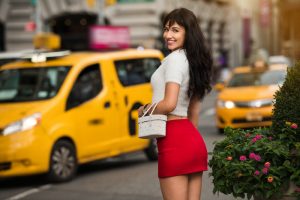 (2)If You Talk To Her She Might Reject You Or Say Something Mean.

The irony if this limiting belief is that the exact opposite will probably happen.

She might be surprised that someone had the courage to come to talk to her in a bar when she is surrounded by her friends.

The worse thing that could happen is that she might say she is busy talking to her friends.

And if that happens you just say”Sure, talk to you later” and walk away.

And even if that does happen believe me she won't forget you for entering her space.

If you are reading my blog and following the advice then you won't fall in that category.

If you follow my advice and do the work you will be a man that catches her attention even if she rejects you. 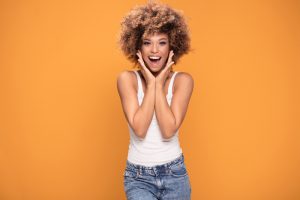 (3)Women Have No Attraction For Nice Guys…..They Like Assholes.

This is not exactly true even if it seems like it is sometimes.

The real battle is between weak and strong men.

Women have different tastes in men but most women can't stand weak men.

They look for strength.

Who are you as a person?

Are you weak or do you have strength in you?

Maybe you dont even know at this stage.

But if you are reading this then the chances are good you have strength in you.

All you have to do is find it and start building more of it until you walk around like a lion.

You can be “nice” to women but still show strength by making her feel safe with your confidence, humor, and presence.

If you dont feel like you have these qualities at the moment then start working on it.

Start building your mindset and develop your weaknesses into strengths.

Remember, winning in life is a conscious choice. 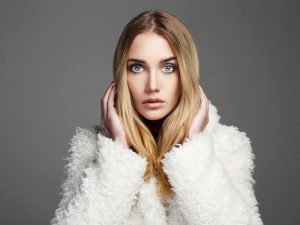 Sure some of them might get the gold digger/parasite type women into their lives.

But those are not the type of women you want in your life anyway.

The reality is this:

But the good news is you can change most of those things.

You can transform yourself and show your value in other ways.

Even if you are not famous you can improve your life and make more money.

You can start working out and getting in shape.

You can start eating healthy and start dressing like a confident man.

You can start building a powerful life.

And if you can show women that you are a man on a mission, that works on himself,is well dressed, in good shape then you can meet beautiful women.

You will be surprised what you can achieve if you do the work and add value to yourself.

(5)There Is The One Girl That I Have To Have.

Firstly there are millions of women out there.

And obsessing over one is not healthy.

Sure if you want a long term relationship then you can find one nice woman and build a life together.

But even in that type of scenario there is no “one”.

Sorry to break it to you but that is a Disney fantasy sold to men to make them obsessed with the “one”.

The reality is that that there are many awesome women out there that you can build a good relationship with.

You just have to meet her.

And if for some reason that doesn't work out then guess what.

You meet someone else.

Dont be the guy that builds a secret obsession over one woman.

She probably already knows you like her when you stare at her.

So now its too late anyway.

Go out into the world and meet other women.

Let go of the fantasy of the “one”. 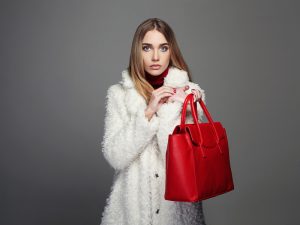 (6)There Are Some Men That Are Born With The Ability To Attract Women And Then Other Guys Who Dont Know How And Never Will.

I have some good news.

There is a third group of guys.

These are men with a growth mindset.

They are men that know that they can learn anything if they put there mind to it.

I fall in that group.

I learned how to do it.

If I can learn how then you can too.

Thousands of others have done the same.

It's a skill you learn.

But its something more.

In the process of learning the skill you will become someone else and that is something that will surprise you and everyone else around you.

(7)Just “Be Yourself” And Eventually You will Meet The Right Women.

For most this is false.

This is only true if you have consciously created who you are right now.

Unfortunetly 99% of men out there think they are themselves but they are not.

When someone says “Be yourself” they actually mean you should cling to all the conditioning you have cemented to your subconscious.

All those false beliefs about yourself.

“I will never be successful.”

I can name many more garbage beliefs but I'm not going to waste your time.

I refused a long time ago to let other people define me.

I refuse to live like a loser and call it “Being myself”.

The truth is you choose who you want to be and with work you become that.

But just “be yourself” is the biggest lie that has destroyed and damaged many lives around the world.

Don't fall for this lie. 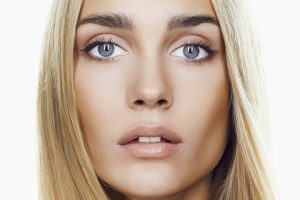 (8)If You Want To Know What Women Want Just Ask Them.

Never trust a woman based on her words alone.

A woman's actions will tell you what she really wants.

The truth is that what women tell you what they want and what they actually respond to is two totally different things.

A lot of things women like they will never admit two.

Remember this “dance” between men and women is a “game”.

Even if you ask her what she wants she won't tell you the truth.

She has good evolutionary reasons for that.

She wants you to figure that out by yourself.

Women test men and this is how she figures out if you trigger the subconscious attraction switches in her mind and body.

Remember there is nothing rational about attraction.

Attraction is not a choice. 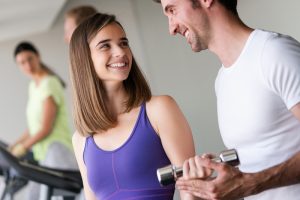 (9) If I Approach A Women in Public She will Know I'm hitting On Her And Think Its Weird.

Sure this might be true if you act weird and make her feel uncomfortable.

But if your approach is done in a way that is nonthreatening,humorous and subtle then most women will find it flattering to be approached.

Because yes women are very intuitive.

She will know you are into her.

But that is the point. 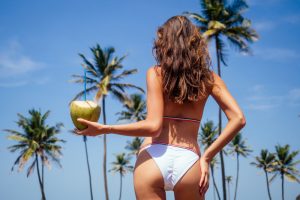 Again before I start with this one.

Watch women's actions, not their words.

Women might say they “mostly prefer relationships', but their actions speak otherwise.

Women love sex almost as much as men.

Even that “cute girl next door” type women will sleep with you if you do things right.

This myth was created by women to keep their reputation as a collective intact.

But anyone that has a lot of experience with women knows that they are just as sexual as men and do things that will surprise you.

Don't fall for the mainstream bullshit about women not enjoying sex as much as men.

But by different rules. 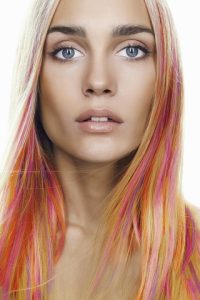 We all have some kind of limiting belief in some area of our lives.

But learn to identify these chains that hold you back.

Don't be controlled by beliefs that are not real.

All you have to do is recognize the false belief and prove yourself wrong.

Realize that you can create new beliefs and replace the limiting beliefs that hold you back.

Just make a decision that you will take control of your own mind and start living the life you always wanted.